Since immemorial time man has felt the need to communicate and transcend beyond the daily routine. Proof of this are the many graphic expressions found in primitive settlements that tell stories of experiences lived by the author. But the walls of the caves and the huge stones were very limited when it comes to sharing the message and the inventiveness of man undertook to find new and better ways of expression means. 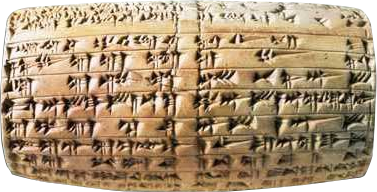 They were the Sumerians in Mesopotamia who were inscriptions on wet clay that was baked to convert them into ceramic. The pieces are known as "Cuneiform Tablets of Mesopotamia". It was found evidence that multiple originals produced from rocks cut into cylindrical mode and in which carved their designs. Then they rolled these stones on clay and repeated the process to create what might be called litho intaglio printing. 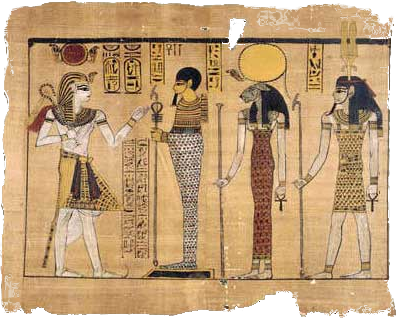 The Egyptians produced the papyrus from a plant of the same name known for its multiple uses. The core of this plant was drawn in layers, impregnated with water, pressed, dried and smoothed with a piece of ivory or a smooth shell to give softness of texture. Thanks to this sheet apparently so fragile, 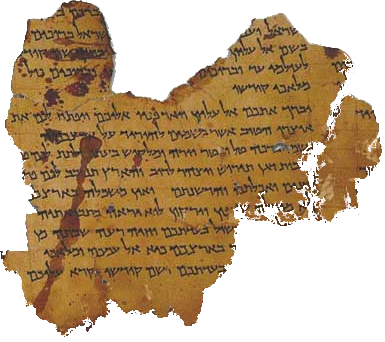 we count on the testimony of 5,000 years old. In ancient Asia Minor, specifically in the city of Pergamum (famous among other things for his library once numbered over 200,000 by the year 300 BC), a sheet with dry and tanned skin from goats, pigs and asses was manufactured . The manufacturing process was laborious and repetitive until you obtain a thin, uniform and durable surface that were dried in the sun on a frame. This sheet was called parchment . 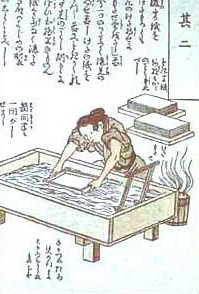 It was in China where paper was invented as we know it today. In 105 AD, Ts´ai Lun, who was an employee of the Chinese emperor Ho Ti, first manufactured paper with a paste based on vegetable fibers of bamboo, mulberry and other plants. Ts´ai Lun undertook this task at the express orders of the emperor, who ordered him to search for new materials to write about them. For 500 years the art of papermaking belonged only to the Chinese, who kept it jealously this secret over this long period. They also developed the technique of etching with wooden planks, now known as Woodcut .

Thanks to an invasion of Chinese territory, papermaking spread west via Samarkand (Uzbekistan). Chinese paper manufacturers were forced to reveal the secret of the art of making paper in exchange for freedom or their lives. Production is set to Samarkand in 751, using the abundant local produce flax and hemp for paper soft, fibrous appearance.

Development of the Original Graphic Artwork

Needs to express ideas, documenting events and share knowledge led primitive man to develop the means to meet these needs; discovers the pigments, invents writing, manufactures more manageable media, explores techniques that will enable him to get the message out further away. That was how the Woodcut (engraving with wooden planks) went from being a technic for document reproduction to be one of the first technics of graphic works in fifteenth-century Europe. Some are famous woodcuts of Albrecht Dürer (German, 1471-1528), Thomas Bewick (Ingraterra, 1753-1828), Katsushika Hokusai (Japanese, 1760-1849), Edvard Munch, (Norway, 1863-1944), Alirio Palacios (Venezuela, 1938-2015).

In search of more resistant and durable printing plates, a method of engraving with metal sheet was invented. By this method the image is formed by corrosion of an acid in not protected areas by a layer of wax or other material. This process is known as Etching and it is thought that was invented by the German Daniel Hopfer (circa 1470-1536). The first important artist who developed this as an art etching technique was Jacques Callot (France, 1592-1635), whose abundant production (aprox.1400 numerous prints and drawings) contributed greatly to the development of engraving.

By the mid-sixteenth century engraving achieved great popularity and was used for all forms of illustration, including surveying and portraits. Some authors claim that the engraving was one of the major drivers of the Renaissance as it allowed the disclosure of the classic works among the artists themselves. At first engraving had an imitative character but later acquired its own value with the characteristics of quality, originality and finish that captivated both artists and the public.

In 1796, the young musician Alois Senefelder (Germany, 1771-1834) was in trouble because his father had died and did not have the resources to continue studying, then decided that he would live off writing music. Seeking a more economical way to print their scores almost accidentally invented the lithography. He patented his invention and in 1806 was dedicated to the business of printing perfecting the technique until his death in 1834. The lithograph consists in using a wet limestone as printing plate where the image is captured directly with a grease pencil. Then coated with ink, which adheres only to the lines drawn above.

In 1907, the Englishman Samuel Simon patented a stencil printing system with a silk screen. John Pilsworth improved this technique to develop a method of multicolor printing and Anthony Velonis was the artist who gave him the name of serigraphy to differentiate the artistic from the trade application, known as silkscreen.

Using an image in a stencil or by photographic means, silk screen is covered with a film that does not allow the ink to pass. When the film is cured, the ink is spread with a rubber spatula through silk only in those areas not covered, forming the image on the paper. To make color prints a screen must be created for each desired color or glaze and consider the registration marks for each application of ink.

New technologies have always affected our lives and paradigms, this is how art has always been influenced by technological advances. As for the Graphic Work, the industrialisation of the twentieth century has favored quality inks and media, at the same time has made them more affordable to artists.

In the early 90s rock musician Graham Nash with Mac Holbert, they founded "Nash Editions" thanks to a concern of the artist, for whom art photography was as important as the music. They began experimenting with a machine designed for work testing digital printing, Iris 3047. Although the quality of the prints was superb, the inks used at that time did not guarantee stability in the permanency of color. This was resolved quickly with the use of pigmented inks and UV protection. Also they served with papers from 100% cotton and totally free of acid. Currently, the technology has evolved so that durability is estimated at 200 years.

Apart from the high quality and resolution offered by this technique, the major innovation has been to allow expanding the world of limited editions of Graphic Works at photographers, digital artists and even traditional artists who can work versions of his works in different media and formats . "The Museum of Modern Art" (MoMA) and "The Metropolitan Museum of Art" in New York count in their collection with giclées, among the prominent names are Gabriel Orozco, Kiki Smith, Annie Leibovitz, Wolfgang Tillmans and Chuck Close.